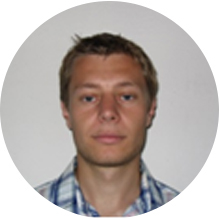 Dr. Stefan Breban has published (as author or co-author) 2 books, 28 scientific journal or conference articles and has 1 EPO patent application and 1 Romanian patent application. He follows two main research areas: renewable energy conversion and electrification of transportation. In the domain of renewable energy conversion Dr. Stefan Breban he works mainly on the micro-wind turbine systems and for limited period of time he worked on a micro-hydro turbine power system (PhD thesis). More electric transport is another area of interest for Dr. Stefan Breban. In this domain he worked on the energy management of embedded power systems and recently he started to develop the electromechanical system for an ultra-light battery electric vehicle.

He is the Administrator of BMEnergy Ltd. a small company with the main activity in the development of micro-wind turbine systems. With this company he participates in two collaborative research projects with Technical University of Cluj-Napoca: