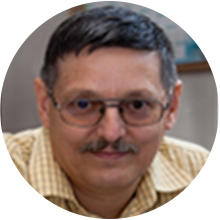 Lorand Szabo was born in Oradea, Romania, in 1960. He received the B.Sc. and Ph.D. degree from Technical University of Cluj-Napoca (Romania) in electrical engineering in 1985, respectively in 1995. He joined in 1990 the Technical University of Cluj-Napoca (Romania) as a research & design engineer. Since October 1999 he is with the Department of Electrical Machines and Drives of the same university, where he was a lecturer, assistant professor and by now full professor. He published more than 250 papers and 5 books and 3 book chapters in the fields electrical machines and drives.

In the frame of the course the use some design programs used in electrical engineering are detailed. A special focus is set on the on the major programs for electromagnetic field computations (Flux 2D and 3D MagNet, JMAG, etc.) and on design and simulation environments in the fields of electrical drives and power electronics (SIMPLORER, CASPOC, PSIM, etc.).

Electrical machines and drives (fourth year Automation and Applied Informatics, both in Romanian and English)

The operating principles, construction, characteristics and applications of the electromagnetic energy conversion systems used in automation are presented.