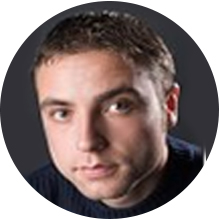 System Integration course is dedicated to the 4th year Electrical Engineering student. It is an optional course and its goal is to gather together the knowledge gained by the student so far, in the first three years of studies and analyze complete and functional electromechanical systems. The domains of interest reach electrical energy harvesting, electrical and hybrid vehicles presenting the newest analysis technics for their efficiency increase.

Mircea Ruba's research is focused mainly on the development of electrical propulsion units for electrical and hybrid vehicles. This reaches out to all assemblies such as machine design, power electronics and their control.

Another domain of his interest regards programming FPGA processors to perform real time analysis via complex simulations of the electromechanical systems. The goal is to increase the robustness of the control methods, optimization of the efficiency and fault occurrence behavior and their compensation methods.

Mircea Ruba's scientific results till now are emphasized in over 65 conference and journal publications, 2 books, 2 patents, over 10 awards at innovation exhibitions and the active researcher membership in 16 research grants.

For more details about his scientific results, you are invited to visit his personal web page: Mircea Ruba